I’m really excited to share the upcoming workshop on the Republic of Vietnam, held at the University of Oregon in Eugene in October. Among many peers and mentors who work on Vietnam, I’ll be discussing some work on writer Trần Văn Tùng, and his idea of nationalism during the late 1950s into early 1960s. Tùng was mainly known as a francophone writer, but shifted gears in 1950, to write exclusively on the status of Vietnam as a sovereign nation. Backed by his expatriate party in Paris, the Democratic Party of Vietnam, he appealed to the French and American public regarding the dangers of the existing Diem regime, the prudent use of foreign aid, and the plan for a democratic nation founded on republican principles. This might not sound so interesting to us as contemporary scholars, but for him and his time of writing, I find it bold and forward-thinking. Throughout my research, the most interesting materials I came across were relentless letters he wrote to Arthur Schelesinger and other personnel in the Kennedy administration. These letters were unfortunately glossed over, and it makes us wonder about an interesting counterfactual: what if the Democratic Party and their outlined plan was taken seriously? In any case, the letters are currently housed in the Kennedy Library in Boston and the workshop information and sample program are included below. An interesting opportunity for scholars on Vietnam (+ Leiden in June)! This year’s theme is about uncovering different spaces and histories where Vietnam and Europe overlap, which can range from the presence of Vietnamese snacks in East Berlin (who knew?), the nostalgia for Paris in the infamous variety show Paris by night, even the presence of Russian tourists in Da Nang, Nha Trang, the list goes on. 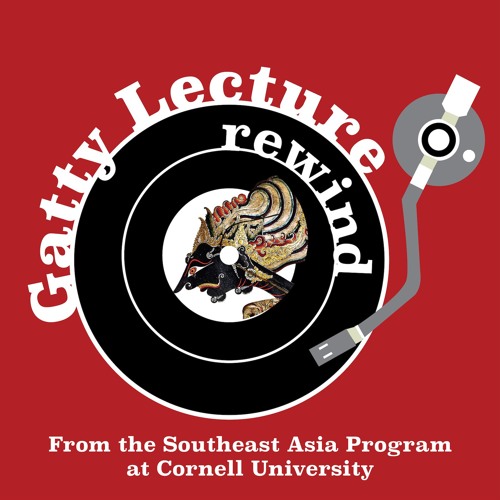 Thanks to Michael Miller, one of the Cornell Southeast Asia Program Graduate Organizers this year, we were able to record a conversation about the Gatty Lecture I gave in September as a way to debrief and share a little more about my work.

Tune into any of these platforms to listen to some of my reflections as well as to catch any other lectures you may have missed!

As a post-script, I really want to credit Ben Tran’s Postmandarin (2017), Philippe Papin for sharing selections from Imagerie populaire du Vietnam (2011) with me, and the [difficult!] questions I received after the talk which served as a premise for our conversations.

For information, materials, or questions, please don’t hesitate to write.