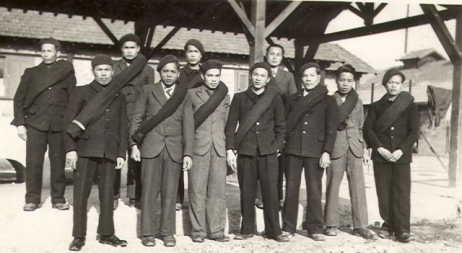 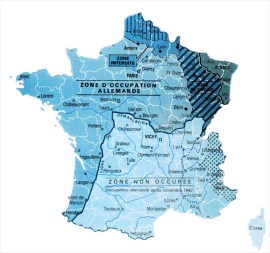 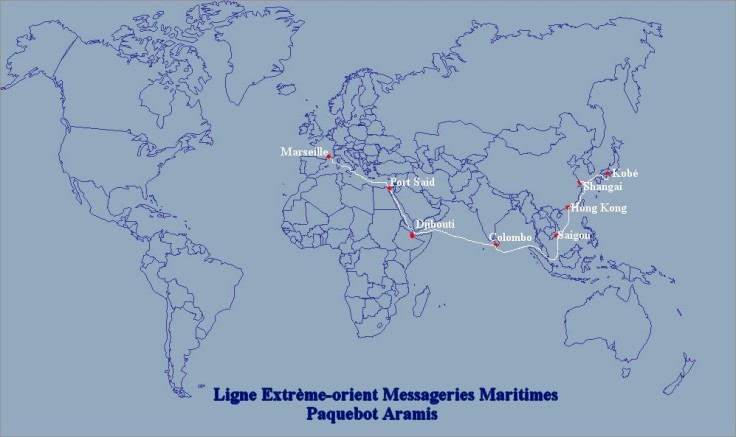 (Top left: Vietnamese workers at Sorgues, Top right: a map of occupied France, Bottom: a map of a sample voyage from the Far East to Europe. Click on image to view. Here, I must also thank M. Joël Pham for letting me use his resources & photos in my project.)

The piece is a three-act play based on my archival research in France, summer of 2016. During both World I & II, France brought laborers from its colonial possessions to the metropole to assist in the war effort. In the Second World War alone, 20,000 Vietnamese men left their homes on ships, first destined for factories and later for private industries. Set in the midst of the Vichy government, the story follows a group of Vietnamese workers in Southern France. There is Thanh, an ambitious youth in his early 20s who never finished his baccalaurat due to costs, Cuong, a wise forty-year-old who hides his ability to read Nietzsche regularly because of the tensions with Germany at the time, and enthusiastic Loic, who is naïve but eager to learn about colonialism, communism and all the –isms in between. Each of these characters represent an important figure in the early 20th century: the intellectual, the revolutionary, and the average civilian. Along with the other men in their company, they learn the French language, the philosophies of work and freedom, and the possibilities open to them once in France.

A contribution in the public humanities

This piece is indeed the first I have written, having mainly participated in theatre productions as actor in the past.  What I find unique in theatre, especially as a mode of exhibition, is the fluid boundaries between performer and audience. The spatial limitations of a theatre require a director’s creativity but also the imagination of the public to arrive at a certain portrayal of any given scene. In my past experience in small productions, I found that this fluidity between performer and audience also translates to the invocations of similar feelings, not only because they are shared, but also because theatre, in the classic sense, is a reflection of the public. Opting to explore my familiarity with theatre, in spaces beyond the stage, my project shares my research in a creative way that allows me to incorporate an art form I find critically engaging and aesthetically rewarding.