Inaugurated in 2015, VoV is a bi-annual speaker series that engages with Vietnamese scholarship internationally to bring different voices in dialogue at Cornell University.

Read a SEAP Bulletin contribution I wrote on behalf of Voices on Vietnam and our mission.

Original events that I initiated or helped organize during my year as the French representative for the Steering Committee (2015-16) included:

SEAP is a special resource that distinguishes Cornell University as an important institution for studies relating to Southeast Asia. As a part of the Mario Einaudi International Studies Center, SEAP connects faculty and graduate students from across different disciplines and places in the world.

As a SEAP graduate student, one meets emerging scholars and learns beyond one’s “area” of expertise; these are experiences I gained in presenting and organizing the SEAP Graduate Student Conference, attending the Gatty Lecture Series, among other events. 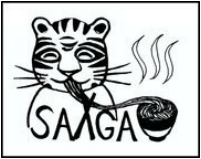 SAAGA  is an OISE affiliated graduate student organization that works with other students of color on campus, such as BGPSA (Black Graduate and Professional Student Association) and LGSC (Latino Graduate Student Coalition) to organize programs for student recognition and retention. It is also a part of CAPSU, an umbrella coalition for the Asian Pacific Islander organizations on campus. As a part of the Executive Board, I collaborated with events on and off campus, including participating in student campaigns to celebrate Asian American women and the Ithaca Pan Asian Film Festival at Ithaca College.

In contribution to the “I am Vietnamese Project,” initiated by Huy Pham, I wrote a piece on the meaning behind Vietnamese names:
“What’s in a name?: Vietnamese identity in three vignettes.”